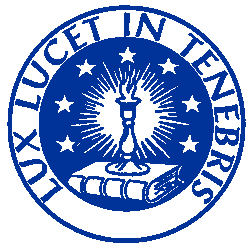 The light shines in darkness

Dr. John E. Penn, BA, BTh, MTh,Th D is Pastor Emeritus of North Bryant Baptist Church, Bryant, Arkansas, and Retired Professor of Church History at the Missionary Baptist Seminary in Little Rock for 34 years, where he also taught Bible Interpretation, Comparative Religions, Ministerial Practicalities and other courses. Prior to coming to North Bryant, he was pastor of the following Baptist churches in Arkansas: Union at Jesup, Jerusalem at Strawberry, Landmark at Forrest City, First Baptist at Cave City, and Southwest Missionary Baptist in Little Rock, which relocated and became North Bryant Baptist Church. He has also conducted revivals and taught Church History seminars in many states across the U.S., and has been instrumental in organizing several churches in Arkansas. His travels have taken him on 4 trips to South India to preach and establish churches, to attend The First World Congress On Religious Liberty in Amsterdam, and to conduct Church History tours in the U.S. to study our American heritage, France to study the Albigenses, and Italy to study the Waldenses in the Valleys of the Piedmont.

Dr. Penn believes in a verse by verse, New Testament approach to teaching God’s Word. Like the churches he pastored for more than 58 years, his goal with this website is to bring God’s Word to the world while giving you a foundation upon which to build your life for Christ.